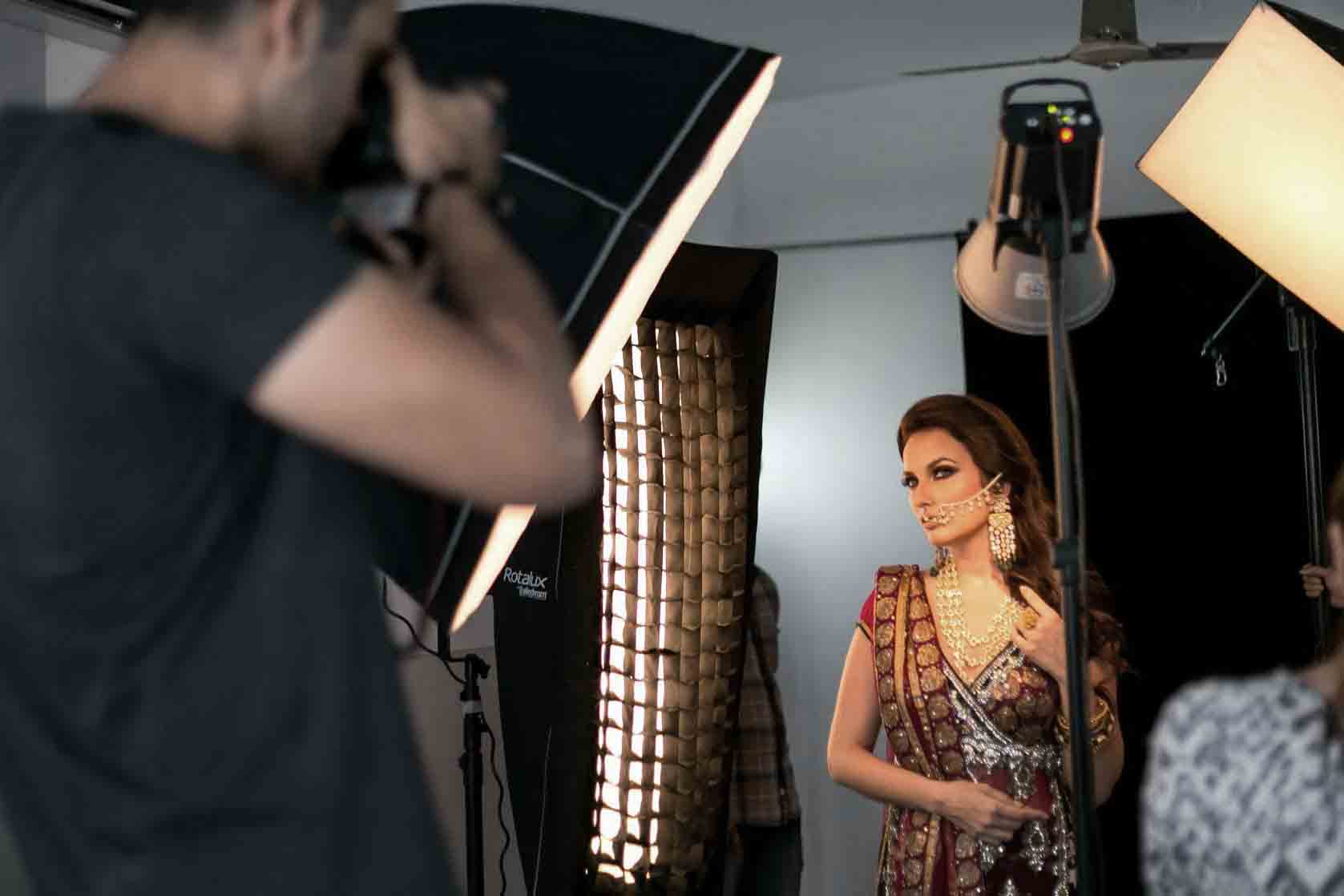 Sometimes it feels like it was just yesterday, sometimes it feels like it was from a different lifetime. So much has happened in the past 17 years of me starting off as trying to be a photographer and then finally being one. There are people who think I got it easy, believe me, it has been anything but. On second thoughts, I like it –  let it be a mystery – how someone with a degree in Organic Chemistry with a MBA in marketing – someone having no mentor or a big brother in the industry or the art ended up here when photography was not even a hobby. Well, let them keep guessing, as long as I can indulge myself in the stories that are conjured up and go around hah!

It was the year 2000 when I moved to Singapore to set up operations of an American dot com. After a brief jaunt of me staying there the dot com bubble popped and some myriad businesses shut shop. We were asked to leave on a day’s notice and we literally ran back to India. The process of winding up everything overnight and moving back to the motherland made it seem like we were some fugitives on the run.I came back to a jobless market in India and after hunting high and low finally got hired for a salary of 13000 rupees as a graphic designer (a self-taught skill) I pushed through this for about a year to get a paltry increment of 600 rupees. I was done.

Amidst these happenings there was a parallel story building of my sister wanting to try her hand at photography. My dad has always been a purveyor or all things good. The way he always bought fancy things always had us amused and clearly, we were the most popular kids around. Thus came 2 SLR cameras with decent lenses for the time and level of professionalism. I remember it was the Canon EOS 88 (which I still own) with the 24 – 70 Tamron lens and the Canon 75 – 300 f/4 – 5.6 Being the elder offspring I wanted this to myself to prove I was better than my sister. I ended up discouraging her with incessant harsh feedbacks to precipitate things. She gave it up and I thought now I finally have my moment of glory.

Being easily accessible, I started with pictures of birds and nature. I used most of my salary in buying and processing film. Months into it the camera became an extension of me as it would be for any obsessed photographer. I remember going to Goa on a vacation with my cameras and a stock of film. 2 camera bodies loaded with Kodak Tri-X Pan and Kodak Ektachrom. Here is the thing about shooting on film, every click is money and one would tend to be very frugal with their exposures. I got some lovely pictures from this trip and months passed. I attended a fashion photography workshop by a very reputed fashion photographer. I didn’t really learn much but came back reconnecting with a school friend who wanted to see my photo skills for a magazine he worked for. I sent the entire Goa repository and the following months issue carried 5 of my photos with a byline and a cheque for 3000 rupees. I did cartwheels in my head and this continued for months to come (the contribution, not the cartwheels) This also gave me the confidence to quit my job – it was a sign. With unconditional family support I could quit my job with nothing in hand to follow a voice inside my head and months passed. I took up a job as a press photographer shooting open manholes, overflowing gutters, fallen trees, traffic jams and page 3 parties. I was in love with the medium, I was learning volumes so what I shot didn’t really matter. Yes, I was making a lot of mistakes but I am glad I made them. From this I moved on to feature photography and newspapers led to magazines. I started meeting influential people and business owners where I tried to sell them my art.

At a dead end in what seemed to be an ideal career graph someone suggested I assisted a photographer and I did for about a year. This was a game changer as all you know about photographer aside, seeing a photographer work and working with one is where the rubber really meets the road. I came back invincible and catapulted to another level and again months passed. I got a call one day from the photographer with an unreal proposition, to be the photographer on Jodhaa Akbar. I almost couldn’t believe it.

I realise at this point that most of the people lack the risk-taking ability. More so when you come from a middleclass Maharashtrian family job security and whatever stands secured in the centre of your palm is everything. No one will mess with it, risk it.  I really feel that me striking gold with photography was purely because I risked it all. I was clueless before doing this and I realized that having job security and also toying with something new was expecting too much. I couldn’t step on two stones at the same time. Once I quit my job with nothing in hand and took a leap of faith the entire path was right there in front of me. It was as if an inner voice was calling out to me and in that sense, I believe the whole universe and everything around you is communicating with you. Learn to listen. I started meeting the right people, and started roaming about in the right circles. I saw a lot of opportunities and when I didn’t I learnt the art of creating a situation into an opportunity. I was blessed with the gift of gab and a wicked sense of humor which had to be honed over the years and those two aspects of my personality have done volumes to where I am today.

Like I said before it has been anything but easy. I have been discouraged & pulled down a number of times. There have been times I packed the camera away never to touch it again. Every time I did that my inner voice became louder than ever. Today I am creating better visuals every passing day. In the larger picture I am someone who changes peoples perception about themselves. People come to me and leave feeling good about themselves, mentally transformed in a lot of ways. It’s a very powerful feeling and a place to be in.  I am one of the very few people who are blessed to have found their passion, their calling and in that sense I really feel that Photography chose me. 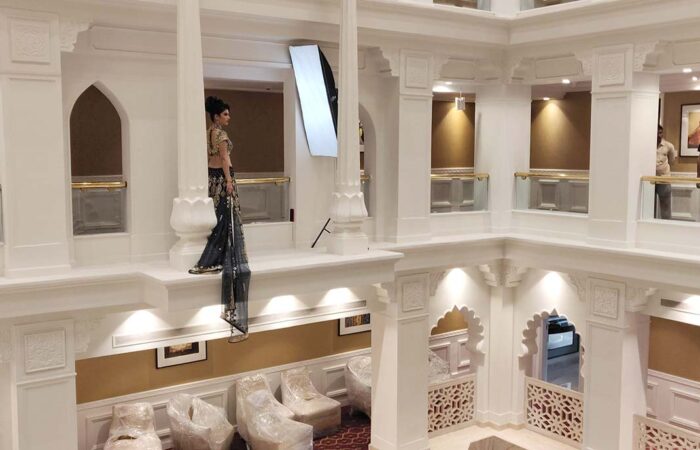 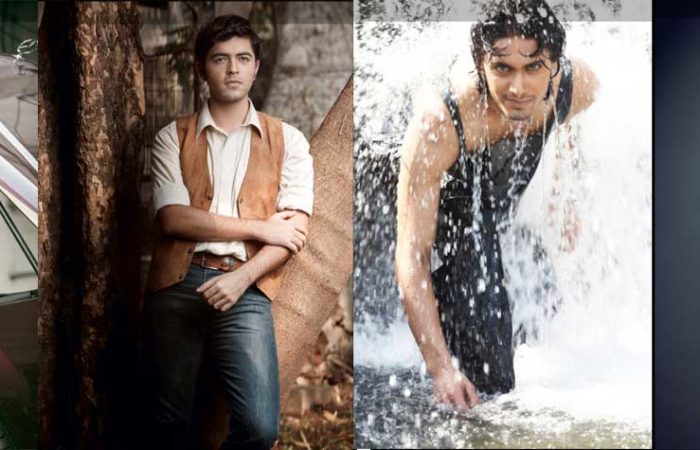 How To Shoot The Right Portfolio